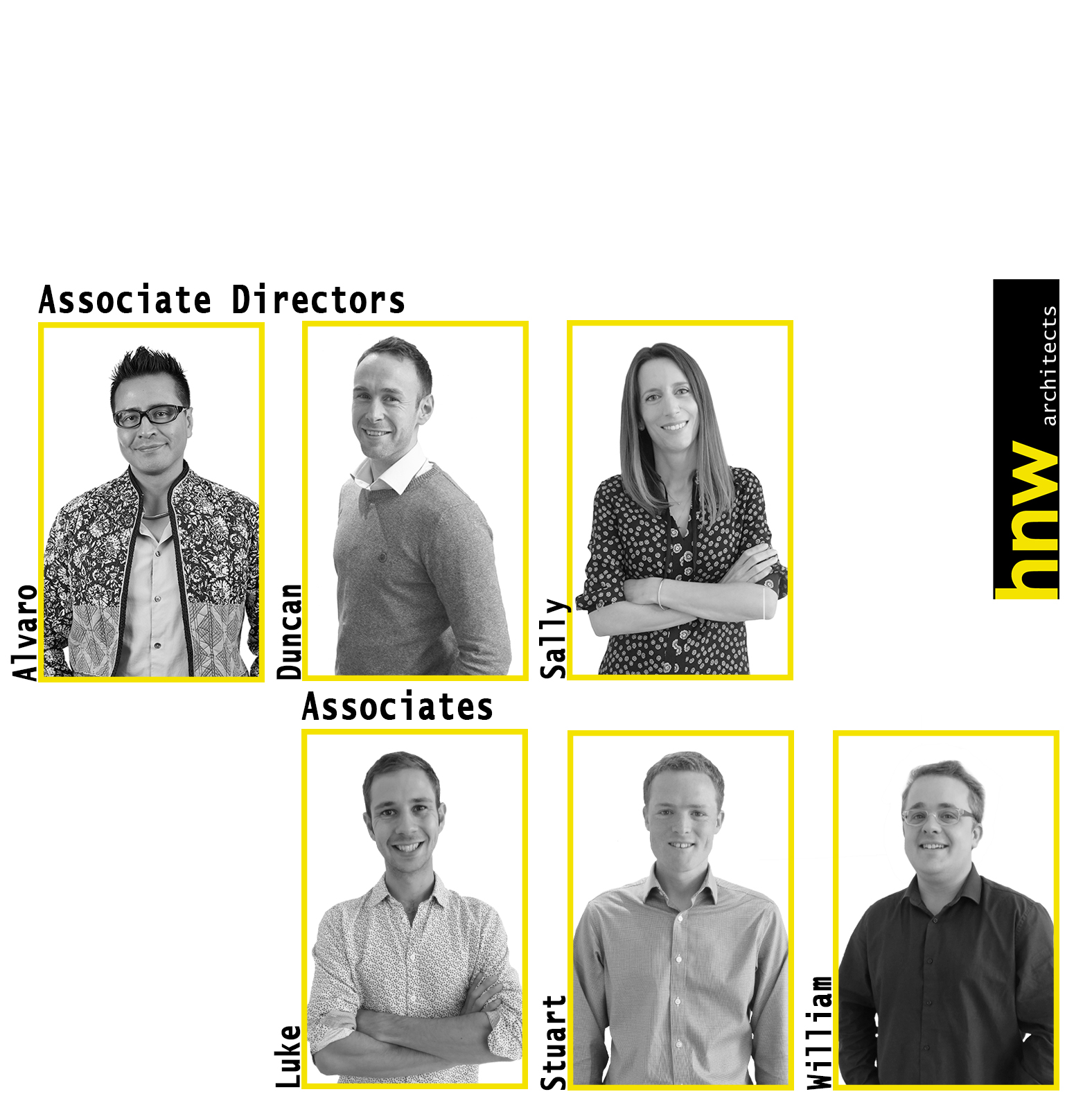 We are delighted to announce that there have been some additions to our Senior Management Team.

To start, we want to say a huge congratulations to Alvaro Valdivia A l’Onions, Duncan Bayley and Sally Till, all of whom have been promoted to the new role of Associate Director at HNW. Alvaro, Duncan and Sally have vast experience and knowledge, and their new roles will be integral to the wider development of our team.

We are also delighted to announce that Luke Jerome, Stuart Meadows and William Stewart, have all been promoted to Associates. They have all made a big impact within the practice and have contributed significantly to our ongoing success.

Since starting with HNW Architects, Alvaro has shown his determination, ambition, and adaptability as part of our team. Alvaro brings with him extensive experience, having worked on SECBE Project of the Year award winner, Headquarters for CABI, to name just one of numerous high profile projects. Alvaro has already been sharing his in-depth knowledge and experience within the practice.

Having originally joined HNW Architects in 2005, Duncan has been a key member of HNW as a Senior Technologist and Associate. Duncan has been a huge influence on the technical side of projects across the practice and shares his knowledge and experience with his project teams, as well as junior members of staff in support of their CIAT applications. Duncan has worked on a variety of highly technical and complex projects at HNW, such as Horsham Fire Station and Training Centre, and the recently completed Winchester Sport and Leisure Park.

Sally has been the Finance Manager at HNW Architects since 2007, working closely with the Directors to forecast and manage the company finances, guiding the business decisions and introducing and implementing highly effective processes to manage and maintain financial information and progression.

Luke joined HNW Architects in 2013 as a Part 1 and has been with us ever since. He has contributed to several projects, such as Spring Business Park, Concorde Park and Barton Peveril College Science Building to name just a few.

Stuart joined us after making the move from Scotland back down to the South Coast. Stuart has taken a huge role in the design and project management of Pelham Street in Brighton, a 135 unit residential development comprising of one, two and three bedroom apartments, as well as four family townhouses. The project was granted planning permission towards the beginning of 2021.

William joined HNW Architects in 2017 and has contributed significantly to a variety of notable projects at HNW, including SECBE Project of the Year award finalist, St Nicholas Primary School, and the more recently completed Winchester Sport and Leisure Park.

We are looking forward to Alvaro, Duncan, Sally, Luke, Stuart and Will embracing their new roles and continuing their highly valued contribution to our team.Keep an eye out on our website and social media posts as there are several more exciting announcements coming soon at HNW!