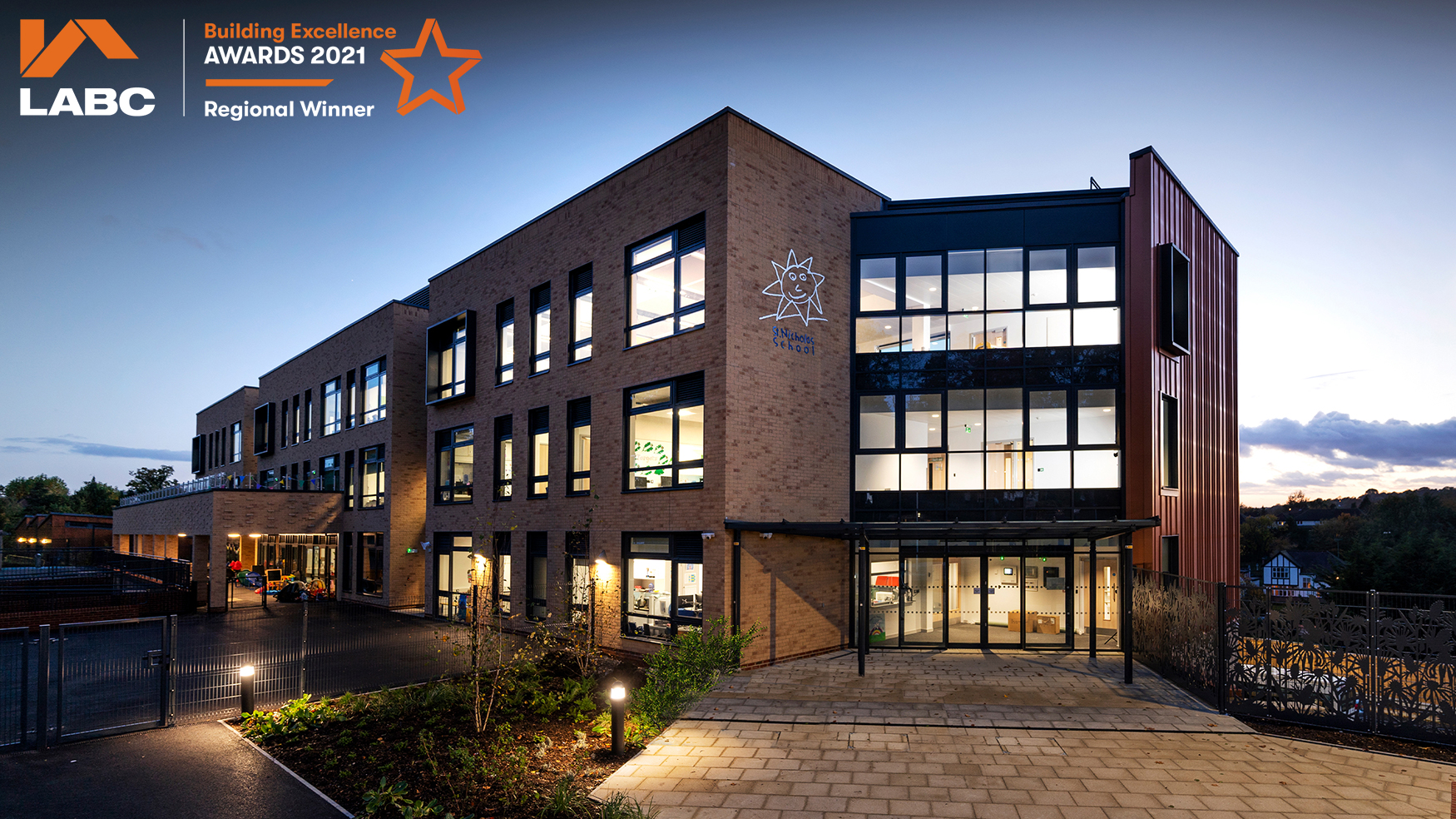 We are delighted to announce that our project at St Nicholas School has been awarded the LABC regional winner for the Best Public or Community Building, within the non-residential section. As well as this, the new 4-storey SEN School for the London Borough of Croydon has also been shortlisted as a finalist for the People and Place Awards 2021, to be held later this year in London.

A massive congratulations also to everyone who worked alongside us on this exciting yet challenging project that is, and will continue to make a huge difference to the local community.

This 4 storey new build SEN school for Croydon Borough Council was developed to accommodate the growing need for additional ASD SEN school placements in the Croydon area. The scheme began as an extension to the existing 2 FE school accommodation but expanded into a brand new facility for twice the number of pupils as the school was originally able to cater for.

The design team and site team created a strong relationship with the school during the feasibility stage and maintained it throughout the build, so the client knew what to expect at every stage of the process and who to contact, every effort was taken to create minimal disruption to the clients’ daily operations and to explain procedures to the client base. The project was delivered on time and on budget to the client, and defect free. The school has received very positive feedback from the users and visitors alike.